The Lynch Foundation provides grants to organizations that provide direct assistance to United States Military veterans and their immediate family. Grants are provided after the requesting organization is thoroughly vetted to ensure that funds are not used for administrative purposes. We also work with partner organizations such as Utility Workers Military Assistance Program and the Chicago Woman Veterans Wellness Project to assist them in providing direct assistance and educational programs.

Allan is the board member responsible for the “Swinging for the Vets” Golf outing. Allan is also the editor of the Lake County Veterans Assistance Commission, (VAC) Newsletter with a monthly circulation of 6,000. He also volunteers to support veterans and their families with employment and estate planning support for the VAC. He is a Vietnam Veteran, having served in the Marine Corps from 1960-1967.

Allan has volunteered as a mentor to young adults, has provided extensive volunteer support to his professional association and served on fund raising committees for several not-for-profit organizations. Additionally, Allan conducts volunteer walking tours of Chicago as a member of Chicago Greeters, an NFP unit of the city’s Choose Chicago.

Prior to his retirement, Allan worked for a software company implementing their software in large, high-tech companies at home and abroad. Just because he isn’t busy enough, Allan was also a competitive sailor for 20 years on Lake Michigan and travels extensively having visited all 7 continents. 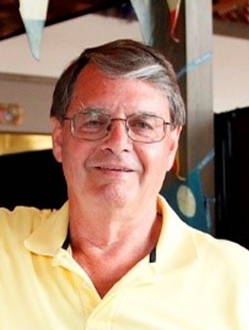 LCDR Andrew Tangen, originally from Naperville, Il, has served on the board of the Lynch Foundation since 2017 and was appointed Superintendent of the Lake County (IL) Veterans Assistance Commission in the same year.

Andrew served in the US Navy on active duty deploying 8 times during his career. He has seen substantial parts of the world having been deployed in support of Counterterrorism and Counterintelligence Operations in Europe, Afghanistan, Africa, the Middle East, South and Central America. Following his release from the Navy, Andrew worked in criminal trial litigation and veterans law, heavily focused on Veteran claim appeals.

He is a graduate of The Citadel, with a Bachelor’s degree in International Relations and Military Affairs; Henley-Putnam University, with a Master’s of Science degree in National Security Studies, specializing in Terrorism and Counterterrorism; Rutgers University, with a Master’s in Business Administration; and, University of Illinois at Chicago’s The John Marshall Law School, with a Juris Doctor. He is a licensed attorney in the State of Illinois. 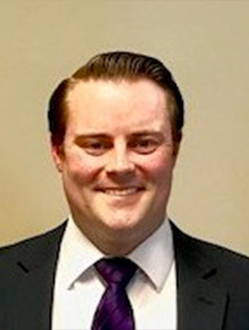 Brian is a staffing/talent acquisition executive with more than 17 years of experience in the field. He has more than 9 years of leadership experience leading teams as large as 30+ and managing annual budgets in excess of $170 million.

Brian takes a great deal of pride in the efforts of his employer and himself in finding career opportunities for military veterans and their spouses. 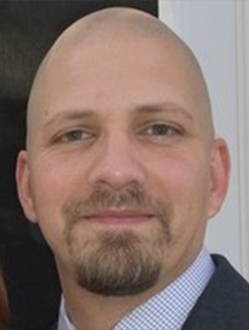 After growing up as a kid from the Southside of Chicago, Bruce had lots of “fun and travel” while serving over thirty years in the US Army, active and Reserve, including two combat assignments. When he retired, he and a partner became real estate entrepreneurs.

In 2012 Bruce was invited to be the third member of the Lynch Foundation board and served as the VP for three years. He is ready and willing to do whatever needs to be done for this Foundation supporting our mission to assist other organizations as they help our veterans with specific challenges to succeed in their lives. In addition, Bruce has been active with the 1st Cav Division Association including serving as the Sheridan’s Cavalry chapter President for several years. As part of his role, he headed up hosting the National Reunion of the 1st Cav on 2014. 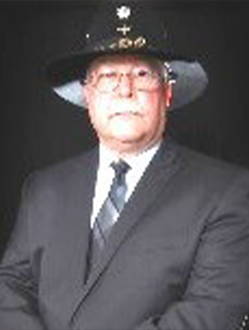 Jana Schwan is a driven business leader with 17+ years of proven results and growth into progressively more senior general management and functional leadership positions. Currently serving as the Chief Operating Officer for a mid-sized publicly-traded company. 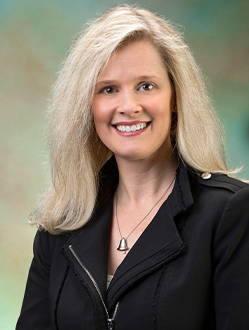 Jeff has been a board member of the Allen J. Lynch Medal of Honor Veterans Foundation since 2016. He served in the US Army from 1985-1993 and reenlisted after the attacks of 9/11/01 serving from 2005-2012 when he was retired due to injuries sustained in Afghanistan.

Given his personal sense of responsibility, he has continued caring for his fellow warriors through volunteerism with several different service organizations. He has served in different capacities including Peer Support and Veteran Service Officer with the Winnebago County Veterans Assistance Commission.

While deployed to Afghanistan in 2008-2009, Jeff created a unique hobby for himself that continues to this day. It started with painting the patches for units that came through his area. Since there was no paint thinner available, and not wanting to waste brushes, Jeff discovered that a chewed down tooth pick works like a brush and there were plenty of tooth picks. Jeff completed over 150 murals that still adorn walls in Afghanistan. Jeff continues to paint this way to honor his fellow service members past, present, and future. 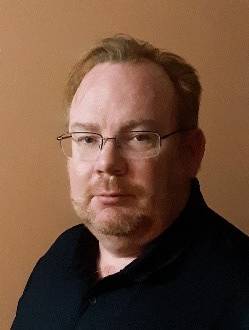 After John received his bachelor’s degree, he enlisted in the Army, much to the surprise of his wife, Beverly. Upon completion of Officer Candidate School, he was commissioned a Second Lieutenant of Infantry and shortly thereafter was en route to a posting as a platoon leader with the 1st Cavalry Division in Vietnam.

When he returned to civilian life, he focused on the business world, but never forgot the veterans who had not been quite so fortunate. John is dedicated to spending time working with and advocating for his fellow veterans. He is involved in many veterans’ organizations; he has always spent time and treasure helping veterans. His military awards include the Combat Infantryman’s Badge, the Purple Heart, the Bronze Star with Oak Leaf Cluster and “V” for valor device, and the Air Medal. John and Beverly have three children and three grandchildren. 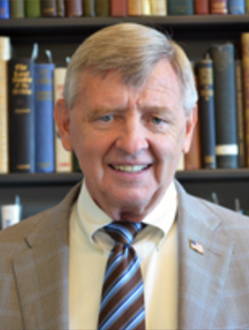 Kim is a Navy Veteran who has taken her Navy skills and expanded them in several different directions. She earned her bachelors degree in Education and her Masters in School and Family Counseling! She has been a professional photographer for over 10 years now, and she is actively involved in numerous not-for-profit programs primarily related to neighborhood improvement and growth. In addition, she has become a popular motivational Speaker. Her largest audience was over 10,000 participants.

Kim was instrumental in the development of the early Mission Continues Service Platoons having started the three Service Platoons here in Chicago with over 300 families in each of them. These platoons, made up of veterans and their families, actively engage community members and other veterans to make an active difference through philanthropic projects!

She has been involved in over 500 service projects answering a widely diverse set of needs over the past 20 years. One of her projects consisted of assembling 500 veterans nationwide to teach them leadership skills that they could take back to their communities.

As if this hasn’t kept her busy, she is a mother and, using her previous experience as a basketball player, she is a coach for a traveling kids basketball program! 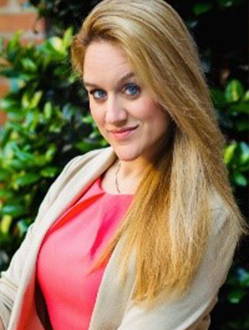 Len is an active member of the Aurora Sportsman’s Club. He also chaired the annual “Shoot for the Vets” in support of the Lynch Foundation for the past several years.

As President of LDB Corp., Len has been an accomplished business owner and entrepreneur since 1998. Since he has an interest in shooting, he is a life member of ISRA (Illinois State Rifle Association – an organization dedicated to Education , Safety, Training and Support of Illinois Firearm Owners – and a Life Benefactor Member of the NRA.

He currently resides in Stillman Valley, IL and has been happily married to Vera for 30 years and counting (where did the time go?)! He is also the proud father of 2 and grandfather of 5. 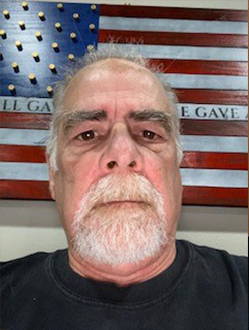 Leon served as a Medic in the U.S. Army as well as two additional medical occupational specialties. Following his service, Leon served as a Programs Analyst and later as a Health Science Specialist with the Department of Veterans Affairs.

Mr. Mangum most recently served as the Director of the Allen J Lynch Medal of Honor Veterans Assistance Program – the predecessor to the current foundation, which provided support to Veterans that were facing serious financial emergencies.

Leon studied Biological Science and holds degrees in Nutrition and Health Sciences. He is also certified as a Veteran Service Officer (VSO). He is a recipient of several awards for service including the Chicago Defender’s prestigious “Men of Excellence Award” and the Utilities Workers Military Assistance Program’s “Excellence in Advocacy Award”. 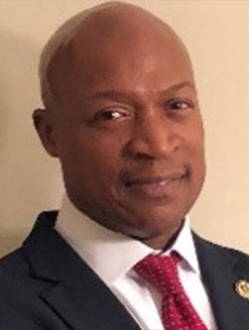 Mark served in Vietnam with the 1st Cavalry in 1969 in the infantry and as a “tunnel rat”! Since then, he has given a lifetime of dedication serving veterans including twenty-five years volunteering with VA, Vietnam Veterans of America, and Military Order of the Purple Heart.

He is now retired from NASA/Johnson Space Center in Houston after 28 years as a Senior Systems Scientist with IBM, Computer Science Corporation, Boeing Information Systems, and United Space Alliance. He graduated from SIU-Carbondale, IUPUI-Indianapolis, and Purdue University with advanced studies in Computer Science. 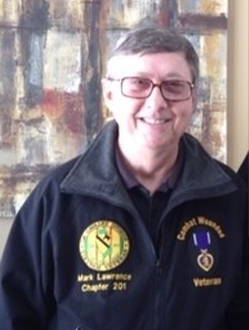 An alumnus of Drake University, Paul enlisted in the Army and was assigned to the Southern Command as an information specialist in the Panama Canal Zone, followed by duty with the 3/5, 193d Infantry Brigade (Airborne).

Post-service, Paul's talents were displayed as a program host on legendary Chicago radio stations WGN and WLS, and then on to the management team for the Indy Car efforts of Italian auto manufacturer Alfa Romeo based in Milan, Italy. For two decades he served as spokesman and Director of Communications and Marketing for the Chicago Automobile Trade Association, best known for producing the annual Chicago Auto Show at McCormick Place.

He remains active as an internationally known automotive journalist, industry expert and commentator. A two-time Midwest Emmy Awards recipient, he was selected to be a jury member of the prestigious North American Car, Truck and Utility of the Awards (NACTOY).

Paul is a past chairman Operation Homefront-Illinois and brings a creative flair for marketing and communications to our organization, as well as personal contacts that help accomplish our mission. 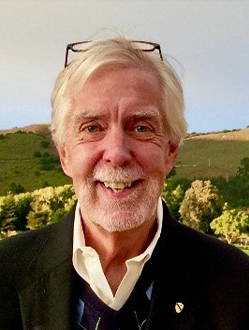